A River of Light 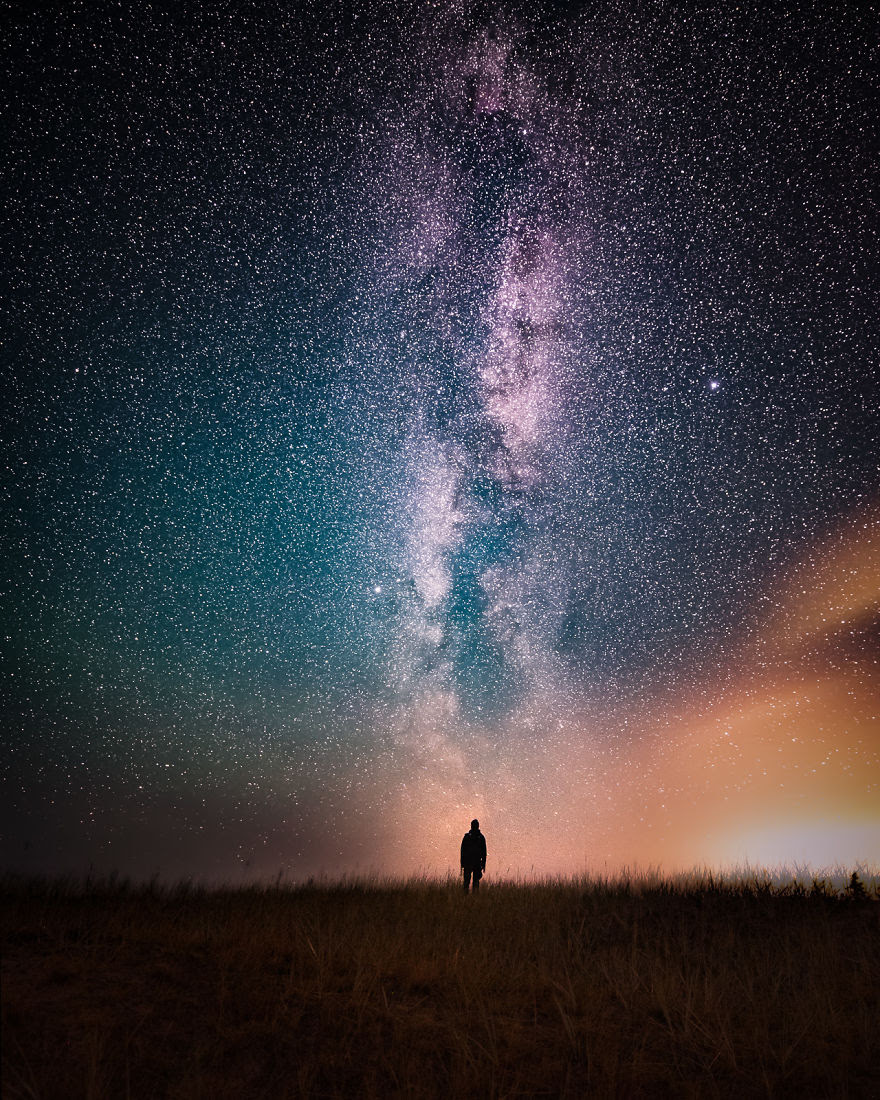 A river of light cuts through the night
How deep the depths, how high the flight
Reclaim your life by losing all you've kept
There's a ladder to climb one rung at a time
There's a path to follow however it winds
A thousand miles start with a single step

You may be workin' one day, baggin' burgers for pay
When a voice on the squawk box has this to say
"How long you gonna be hypnotized, my friend?"
And you look 'round and stare 'cause no one is there
You don't see a car, only thin air
But all at once you know you've reached the end

"The old way is dead" — that's what the voice said —
"The moon is blue, the sea blood red
Remember what you long ago forswore
A pawn must push on to be more than a pawn
You've lived like a chick, now become a swan
Do once again what has never been done before"

[repeat] A river of light cuts through the night

So throw down your hat and pick up your crown
Become a verb, stop being a noun
Put on your boots and head on out the door
Just follow your nose wherever it goes
Keep on goin' through rain, sleet or snow
What else do you think you are livin' for?

[repeat] A river of light cuts through the night

A river of light cuts through the night
How deep the depths, how high the flight
Reclaim your life by losing all you've kept
There's a ladder to climb one rung at a time
There's a path to follow however it winds
A thousand miles start with a single step

- music and lyrics by Joshua Wachtel 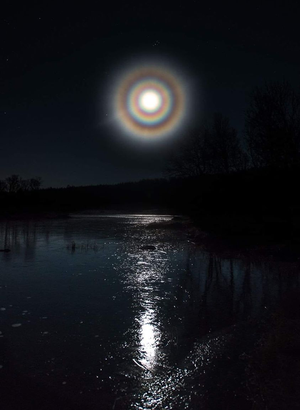 A song about the life cycle of dictators 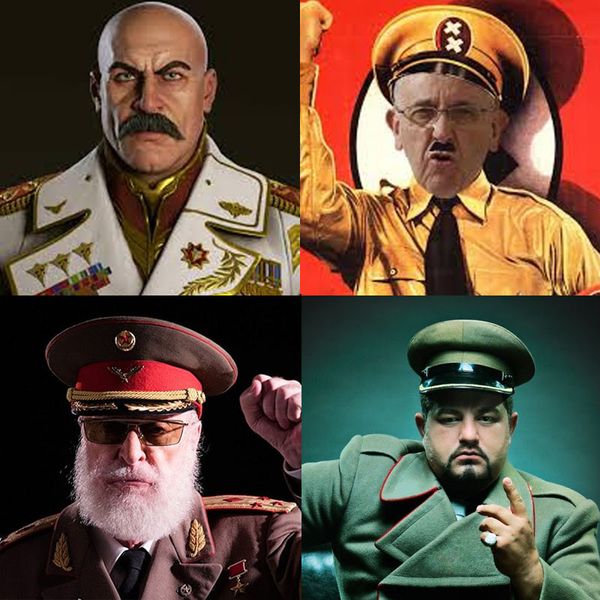 The hour is near when the piper must be pad
The sky is gray and it looks like rain
The lights are out and your bags are packed
The plane awaits but will you make the plane? 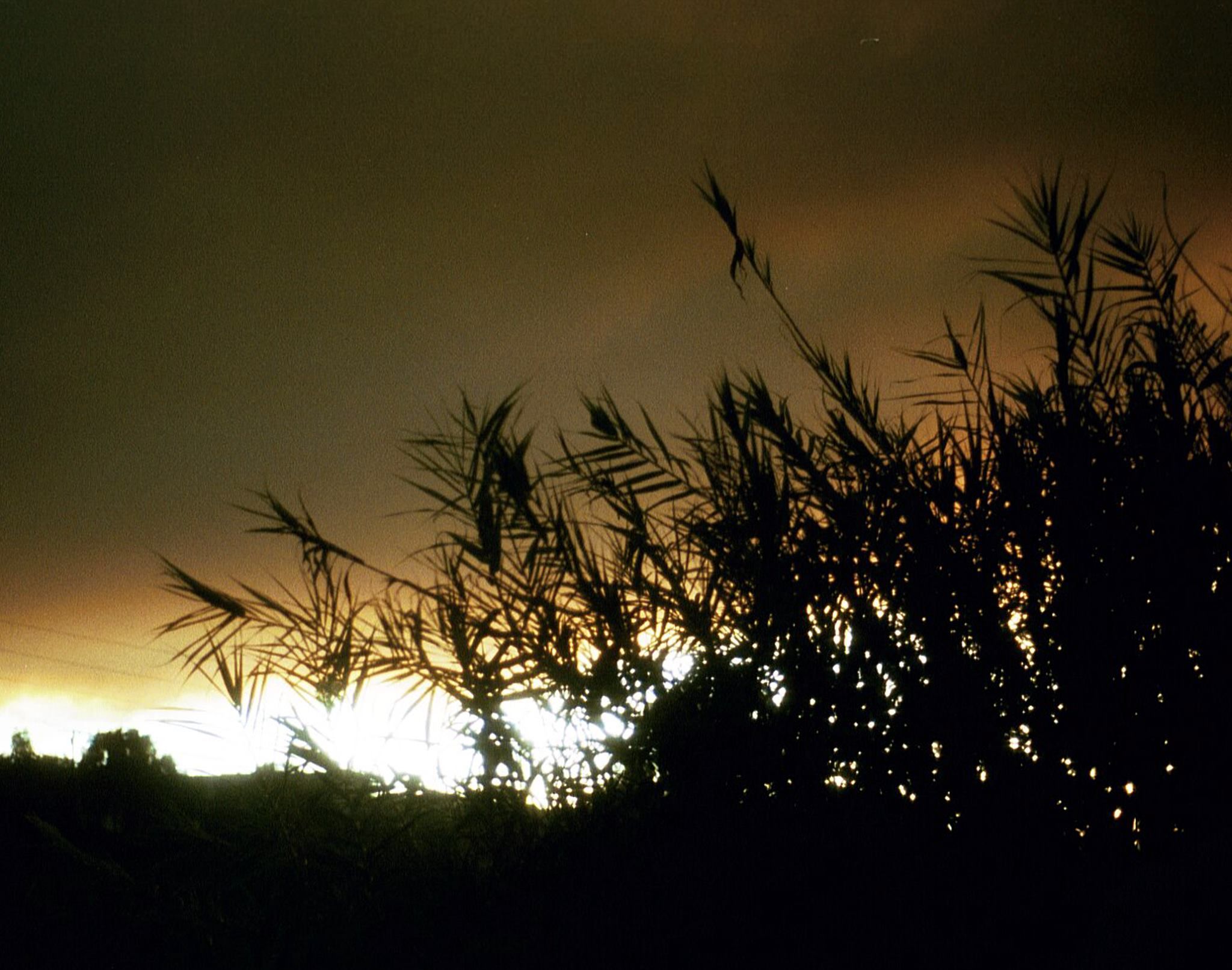 The banner on my facebook page is a sunrise. It was a snapshot taken by Kim at my urging round about October 2003 in San Diego. The clouds are smoke, and we woke to ash on our car. For several days, we had to stay inside to keep from choking on the dust. The fire hit some of my friends in the hills hard. For us, it was just a few days inconvenience. We're in a similar moment, but the inconvenience will be longer and many will be hit harder. 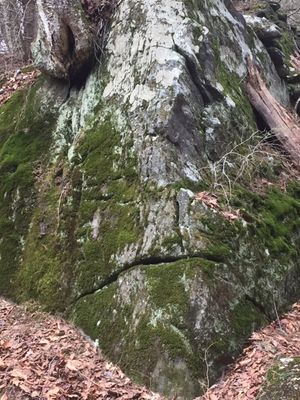 It's about a week since I realized that there was no more pretending that the COVID-19 pandemic wasn't going to really affect us here. There was a 24-hour period of internal wrestling and decision making, emails, phone calls and discussion, and then submission. We're going to stay home and camp out, with our kids, for two weeks, or three, or more. Whatever it takes until the storm passes.

Now, one week later, things are strange, and there's no sign that they won't get stranger and queerer by the day; for just how long is anyone's guess. Nothing is working. The economy, culture and local government has all but shut down. All social activities have moved into the family or else online. Politics is as mad as it has been since Trump got into office, only now the stakes are higher and for everyone.

Our political-economic system is being shown to be a house of cards. Yet having that really sink in is going to take time. Every response at the moment is too little too late. And there will be months of poor decision making to endure, and strange unanticipated occurrences, as the wheels of society continue to shut down and attempts to work differently emerge in tentative fits and starts.

The oddest part may be that so far I am enjoying myself. At home with our family, my wife Kim and I spend our days taking turns caring for our five- and seven-year-old. Home unschooling provides quality time, for us and our kids, in creative ways we never felt we had the luxury to indulge in until now. We have hundreds of acres of woods to explore as well on good weather days, so we're hardly shut in as others might be in more populated areas. If the whole world weren't imploding, one could experience this moment in this place as a breath of fresh air.

I'm able to get by working four hours a day remotely, another privilege and luxury, at least for the time being. Kim shopped well before we locked ourselves in, and even now we have access to good food if we need it, from the local cooperative grocery or from our friends' farm stand, where they are expanding their offerings to better serve people in our neck of the woods. We are eating well.

In the hours after the kids go to bed, and before I do, I find if have some time and energy left for chi gung and aikido practice, and also some singing and piano playing, if not yet any new songwriting. But here I am now (re)starting a blog.

There's also the big task of absorbing the day's news and pondering the imponderables. Kim and I discuss the future and fret about the many ways it could go. The current crisis reveals our every-man-for-himself neo-liberal free-for-all as a total sham. When 50% of the population has no savings and is living paycheck to paycheck, our enlightened policy makers might have guessed it a recipe for true disaster. But who cares about the ground when you've only fallen 57 stories from a 114 story building? It's just another half way to go, and anyway things have been great so far!

Where on earth are we headed? The average man has as much to worry about as the billionaire, and it's not really clear who has more to lose. What will our governing structure have to change into to get us through this mess, and how will it adapt in the wake of what is now going down? Will we be subject to a class of fascist overlords, as Kim suggested tonight, or will it be a socialist utopia, with a new emphasis on mutual aid and cooperation? The quantum field on this moment of uncertainly may not collapse for some time, and we need to get used to the ambiguity.

One question that came up for me as I took my daily run in the woods this rainy March afternoon, is who would actually be better in this crisis: Trump, a generic Republican like Pence, a generic Democrat like Biden or Hillary or Obama, a Bernie Sanders? It's a pointless theoretical question in some ways, but then again it points out that while Trump has been a buffoon on this one until now, as anyone could have expected, he has shown himself ready to begin printing checks not only for the big corpses, but also smaller ones for the little man. What else will he be forced to concede before this is all said and done?

I heard today that Maxine Waters (following Bernie Sanders in part?) has helped push a bill out of committee for monthly checks to be cut for every family in America. I wouldn't have guessed that a month ago... Universal basic income, together with universal healthcare, would go a long way to easing up pressure on the average family. Dare I say those two things could actually free America up for a type of small business innovation the likes of which it has never before seen.

Am I revealing my inherent prejudice that people - men, women and able-bodied youth - if given the chance, will find meaningful work to do, for their own souls and for all the other humans and natural beings surrounding them? Good, let it be said, because it's such a necessary counter to the fool's game of striving for profit and reward that we've made the highest virtue of society for the past however many decades (or longer)!

Yes, I happen to believe that if people have the freedom to dig in to whatever work they personally think will make the biggest difference for themselves and their community, the work they will love doing, then the whole world will be a much better place. And if a republican happens to be in office, especially one who is literally fighting for his life in this election, let's by all means drive him to a wall to get needed changes now, especially while this crisis is fresh and anything is possible.

So many question remain, of course. For one, what would happen if the Federal Reserve did print money for the people rather than just for the banks, the corpses and Wall Street? For more than a decade, the Fed has been pumping money by the trillions into the economy, and remarkably inflation, the bugaboo of big deficit spending in the framework of classical economics, has not seemed to be any kind of a problem. So what is really going on?

Has the economy fundamentally shifted without our quite noticing away from one of scarcity to one of plenty? Are raw goods now such a relatively small piece of our total real economy - which should rightly including all the unpaid work done in the family and community for love and service, as well as the priceless services nature provides - that we can actually afford to spend more on all kinds of human and information services without causing inflation? These services include everything from bank tellers, clerks, cooks, waiters, caregivers of all stripes (health, elder, child, teachers), to the arts, news, computer software and maintenance, online businesses, and much much more. These are the things that people could and would gladly do if they weren't bound by the old rules. All these activities and more - hey, I haven't mentioned fixing things, remodeling, giving massages, cleaning, gardening, helping one another in so many ways - so many things could be in greater abundance. Were society better organized, these services would be anything but scarce.

Maybe the old rules of supply and demand are in fact dead. Maybe we now really do live in the land of plenty, but we just haven't acknowledged it yet. It has always baffled me that a society can have an unemployment rate as high as ours when there is so much work screaming to be done!

On a more sober note, I do wonder if COVID-19 is a dry run for catastrophic global warming? If it is, the best spin might be to acknowledge that the Creator is  merciful, is and giving us humans challenges in appropriate stages. (Just like a well designed video game, one of the homeschooling activities incidentally I am daring to attempt to tackle with my son!) While the death rate from this bug will likely be more tragic than anything I've experienced here in my lifetime, in fact most of us will survive, and perhaps yet thrive, depending on how we respond as a society.

Related questions keep occurring: Will our responses enhance or decrease the burden humanity places on our natural world? Will the likely responses and societal reorganization require greater energy inputs or less? Will we choose to continue to poison ourselves, the water and the wildlife, or will we choose healthier alternative life ways that replenish ourselves, the soils, the woods and the seas?

It's so early to tell much about anything. However, one thing is clear: We are nearly overnight thrust into thinking about everything we thought we knew about our world in potentially new ways. It is simultaneously a moment for nightmare and wild fantasy. We should especially cultivate the latter, because while we need to be cautious and aware of the worst, we have a special opportunity to dream for the best, and therefore hopefully begin to act better.